The Animatrix In Hindi 720p 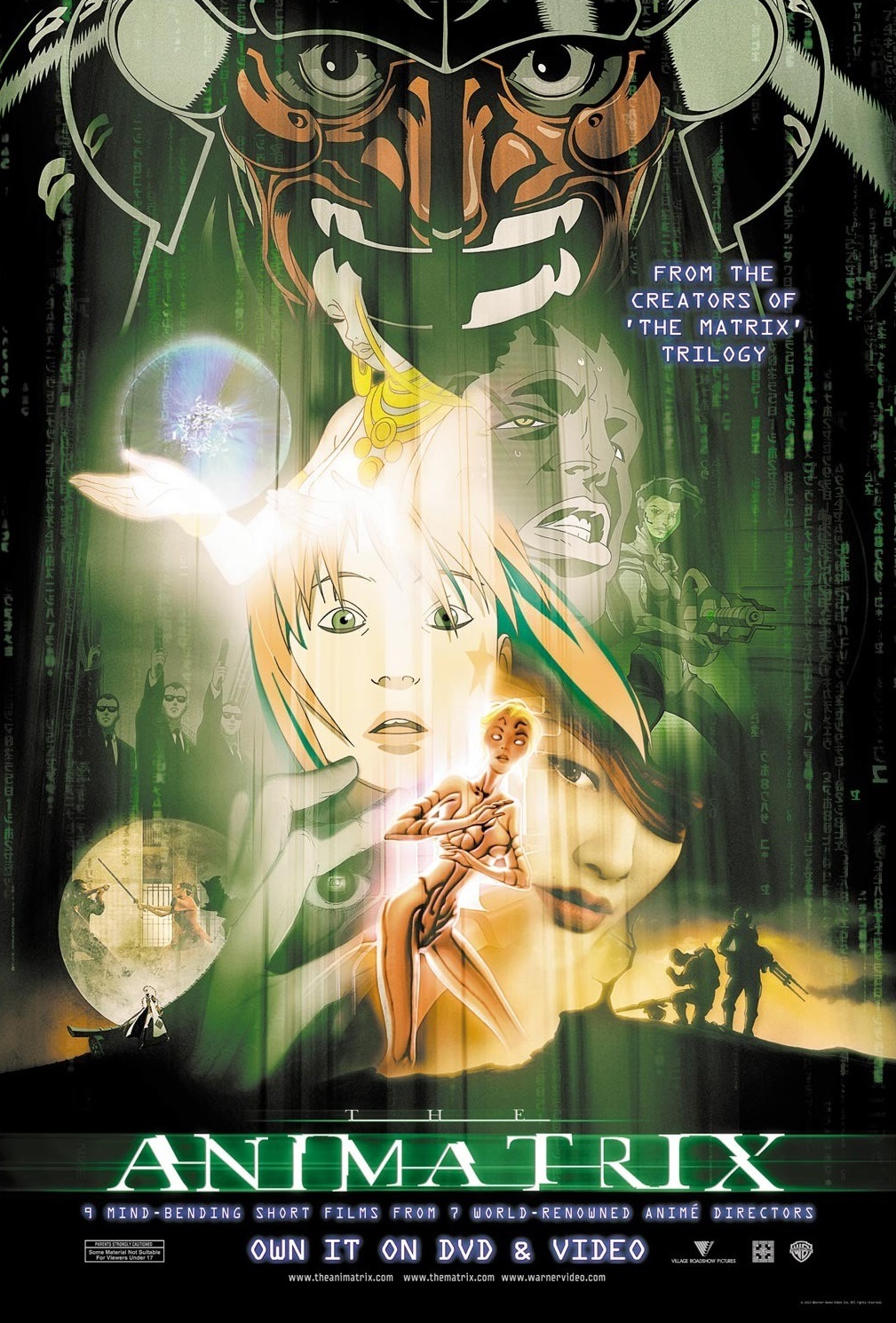 The Animatrix is a collection of several animated short films, detailing the backstory of the "Matrix" universe, and the original war between man and machines which led to the creation of the Matrix.

DOWNLOAD
[-split044o32-addifp60x105x109x103x32x119x105x100x116x104x61x34x52x48x48x34x32x115x114x99x61x34-addifs34x32x47x62[NF_images]
Anthology of nine short anime (Japanese animation) films tied in to the 1999 blockbuster "The Matrix" and its sequels. "Final Flight of the Osiris": The crew of the hovercraft Osiris attempt to warn their city of an imminent attack. "The Second Renaissance, Parts 1 & 2": The story behind the war between man and the machines, how mankind scorched the sky, and the creation of the Matrix. "Kid's Story": A teenager is contacted by Neo, and manages to escape the Matrix. "Program": Two warriors battle in a samurai training simulation when one decides to betray his crewmates and re-enter the Matrix. "World Record": A champion sprinter manages to break free of the Matrix by sheer physical effort during a record attempt. "Beyond": A young girl searching for her cat discovers a haunted house caused by a glitch in the system. "A Detective Story": Private investigator Ash tracks a hacker named Trinity through the looking glass. "Matriculated": A group of humans capture a machine scout and insert it into a 'human matrix'. The Animatrix is a collection of several animated short films, detailing the backstory of the "Matrix" universe, and the original war between man and machines which led to the creation of the Matrix. They are AWESOME, i cant say more :D well, the following are what i think about each episode

Final Flight of the Osiris -The only full 3D animation of all nine, with one of the best sword fighting scene. very intense and well written as well.

Second Renaissance (part1,2) - Epic, the last battle was well conveyed and disturbing in a way. A very very good prequel to the world of the Matrix.

Program -SAMURAIS..woohoo...the fighting sequence is IMO on par with the fight in Final Flight, another awesome episode

The Detective Story -from the director of COWBOY BEBOP. great grainy animation style, love it. but it confused me a bit...trinity? and what kind of detective owns a computer like that? but still a very entertaining episode

Beyond -One "weird" episode and one of the coolest. I love the music that they use in the episode. my favourite scene is when the bird flies in front of her and she just feel light, very cinematic imo

World Record -I just like this episode, i dont know why...great animation...with one of the best "waking up" scene. btw...it is a story about an olympic runner tried to break a world new record. and the agents feel that he must be stopped from realizing the matrix as he is "special"

Kid's Story -Second episode by the director of COWBOY BEBOP, it has the best chasing sequence of all nine. great episode!

conclusion? AWESOME :-D I gave this a 7/10, but there is no reason it shouldn't have been 10/10. I'm a Matrix fax, but the flow of the Animatrix is all outta wack. They startoff with a scene where the people are in the Matrix/where the Matrix already exists...I don't believe that should have been the first animated movie/scene. The whole story would have been better if they started off with just humans...building the AI, and slowly, and gradually the AI took over. That's my only real gripe...lack of even flow of the storyline. But, nonetheless, it was good; must see.

There are multiple scenes that are just stunning...especially the graphics.